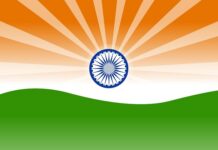 The name of India is derived from Indus River. Many people lived around the Indus River. India’s official name is the Republic of India. India’s population comes second in the world after China and the area which is ranked number seven in the country.

Some interesting facts about India that will surprise you, such as the most expensive electricity bill that came for a 1-month house, was 7 Million INR. This is just the beginning of facts. India is the world’s largest producer and consumer of mangoes. 5000 years ago, the first mango was grown. Mango is one of the oldest fruits in India. Mango is also known as the king of all fruits. The mango belongs to the cashew family. Mango is the national fruit of India and Pakistan. And it is also a national tree of Bangladesh.

India has the largest post office network in the world. India Post was founded in 1854 by Lord Dalhousie. There are more than .16 million post offices in India and of which .14 million (89.86%) post offices are in rural areas. The highest post office in India is at Hikkim in Himachal Pradesh at an altitude of 14,567 feet (4,440 m). More than 4 lakh employees are working.

India has the cheapest call rates in the world and the fastest-growing telecom market. India has more than 1.1 billion wireless subscribers. Reliance Jio is the largest telecom operator in India with more than 5.6 million subscribers. The second-largest internet user country is India.

India comes second in the world after the US on the road network which covers the road network of India is a 79,243 km road of which the biggest road is National Highway (NH7) which has a total length of 4,572 km which goes from Varanasi to Kanyakumari.

India is the only country in the world that has its own name Ocean. Indian ocean covers 19.8% of the water of Indian Ocean Earth and is the third-largest Ocean in the Indian Ocean World.

The name of India’s largest tunnel is “Chenani Nashri Tunnel” whose total length is 9.2 kilometers and the total cost of construction was Rs 3720 crores. This channel has reduced from 41 kilometers to 9.2 kilometers from Jammu to Srinagar.

The world’s largest railway bridge in India, named Chenab Bridge. The Chenab bridge is in Jammu and Kashmir, which is more than 35 meters in length, and 1,178 feet above the Chenab river.

That Kumbh Mela is a spiritual event held once in 12 years in Northern India. In 2011, this religious gathering was so vast that it was visible in space through a satellite. More than 70 million people were gathered in Kumbh Mela.

ISRO launched its first rocket in 1963 from a church at Thumba on the outskirts of modern Trivandrum. The said rocket was carried on a bicycle. The launching pad later came to be known as the Vikram Sarabhai Space Center (VSSC).

With 14.2% of India’s population coming from the Muslim community, India has the highest number of mosques in the world. There are more than 3 lakh mosques. Some of the famous ones are Taj-ul-Masjid (Bhopal), Mecca Masjid (Hyderabad), Jama Masjid (New Delhi), etc.

Connecting over 7,172 stations, Indian Railways is the largest rail network in Asia, carrying more than 23 million passengers per day in 12,617 trains. This is one of the best interesting facts about India.

Honored by the World Book of Records, the Golden Temple of Amritsar is the most visited place in the world with over one lakh devotees visiting every single day.

The steel wires were used in the construction of Bandra-Worli Sea Link, which is equal to the circumference of the Earth. Each of the wires is capable of holding 900 tons. The total cost of construction of this bridge was INR 16.5 billion. Most amazing facts about India. This is only possible in India.

Mukesh Ambani, one of the world’s most famous business tycoons and one of the 10 richest people in the world. His mansion named ‘Antilla’ has been built, which is worth more than $ 1 billion. You are not going to believe what was the first electricity bill of this mansion. The electricity bill was more than Rs 70 lakhs a month. This is the best Interesting Facts About India. One of the most interesting facts about India, Mawsynramis the wettest place in the world with an average of 11.8 meters (38.9 ft) of rain annually, each of which falls in April to October of the year. Mawsynram has the highest annual rainfall record mentioned in the Guinness Book. Mavasinram is a village in Meghalaya (East Khasi Hills region), India, and is situated at an altitude of about 1400 meters (4,600 ft) above sea level.

Varanasi is one of the oldest inhabited place in the world which around 5000 years. Varanasi is also known as Banaras. When Lord Buddha went to Varanasi. He had called Varanasi as an “ancient city”.