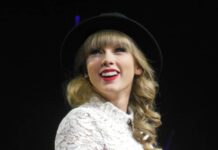 A very young, talented, and glamorous American singer-songwriter and actress named Taylor Swift was born on December 13, 1989, in Reading, Pennsylvania. She was named after James Taylor, a famous singer, and performer in his own right. Let’s start some fun facts about Taylor Swift…

How did Taylor learn singing and guitar Taylor has even elucidated herself as obsessed with Disney cartoons. She was even recorded voice of one the character Lorax. This shows she is an attractive young girl that enjoys things that are solicitous and thoughtful. She spent her childhood on an 11 acre Christmas tree farm.

She has dated Harry Styles, Jon Mayor, Jake Gyllenhaal, and Conor Kennedy to name a few. If the relationship doesn’t end well, she will probably write a breakup song about you.

Her lucky number is 13 unlike the majority of western civilization, Taylor is not triskaidekaphobic – i.e. she’s not afraid of number 13 in fact she loves it so much so that it influences big-deal stuff she does even writes 13 on her hand before every show.