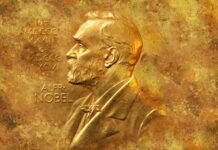 Nobel is the most prestigious prize ever in the world. Alfred Novel, Swedish chemist had given a large share of his fortune to this prize that is why it is named after him ‘Nobel’. Nobel prize is a series of awards given to a person who does the best work in a particular field for the betterment of the world. You have read many interesting facts about Nobel prize but you do not know that Alfred Nobel has done 355 different types of patents, the most famous of which is dynamite(patented in 1867). In this article, you will get know some top unknown facts about Nobel Prize.

Please read the article till the end, we are going to reveal the important things about the Nobel prize one by one. Let’s begin!

Many of you do not know about the facts of the Nobel Prize that very few Nobel Prizes were given in World War First and World War Second. In a year, if the works are not up to the mark then no Nobel prize is awarded in that year! This one is one of the best Nobel prize facts which everyone must be aware of.

There is another mind-blowing aspect which adds to the Nobel Peace Prize facts.

The most unique facts about Nobel prize is yet unfolded in this article. Let’s unfold now! Marie Curie is the only woman who has been honored twice with the Nobel prize. She got the first award in 1903 in Physics and second prize in Chemistry in 1911. From 1901 to 2018, only 50 Nobel Prizes have been awarded to women. It is one of the best facts from the top 11 facts about Nobel prize.

Adolf Hitler, the German fascist did not allow three Nobel laureates to accept the Nobel prize. Later on, when they received the honour, they got the medal and the diploma but the cash prize was not given to them. Some of the Nobel peace prize facts are that the 30 peace prizes are shared by two Laureates. After 67 years of Alfred Nobel, Sweden Central Bank with a donation from the Nobel Foundation established the Sveriges Riksbank Prize in Economic Sciences in memory of Late Alfred Nobel.

Barabara McClintock is the only one woman out of the 12 who won Nobel Prize in Physiology or Medicine who owns an unshared Nobel prize. These are some impressive facts about Nobel prize.

The average age of Nobel laureates for all prize categories from the year 1901 to 2018 was 60.  Though the oldest prize winner, Leonid Hurwicz was 90 years old and he won the Nobel prize for Economics. This is one of the most incredible facts about Nobel prize. So far, only 9 Indians have received the Nobel Prize. The first of which was given to Nobel Prize Rabindra Nath Tagore in Literature in 1913.