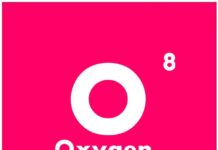 “What hope is to life, as oxygen is to the lungs”.

This phrase perfectly defines the need of oxygen in the life of man. Just as life cannot be imagined without hope, oxygen plays the same role for our lungs.

Keeping in mind the inevitable existence of the element oxygen, let’s look at some amazing facts about oxygen.

In this section, you will be aware of some interesting facts about oxygen that will help you understand the chemistry behind the formation of the oxygen cycle and the use of the oxygen element.

The term oxygen was first coined in 1774 by a scientist named Joseph Priestley. Now, what is surprising is the fact that it was discovered as an element only in 1773 by another scientist named Carl Wilhelm Scheele. Carl was unable to get his work published and so the credit went to someone else.

Oxygen has two unpaired electrons in its outermost orbital, making this oxygen element paramagnetic. Due to its paramagnetic nature, oxygen has little or no affinity for a magnetic field.

So yes! Oxygen is not deflected at all by a magnetic field, another remarkable fact about oxygen.

Yes, consuming too much oxygen can be harmful to your body and this phenomenon is called oxygen poisoning. This property of oxygen is attributed to its oxidizing property. Without going into the technical part of it, you should still know that our bodies are designed with anti-oxidants to deal with this problem as well.

When looked for the Oxygen gas, it is simply colorless. You can feel it around. But, talking about its liquid state, the color of the same element is pale blue.

Haven’t you heard about the Oxygen pool? I warn you to not swim into it. The temperature of an Oxygen pool can go up to minus 183 degrees Celsius (-180OC), which means there are high chances for you to have a Frostbite.

The electrons with high energy from the solar wind split Oxygen molecules into highly excited atoms. The photons are released by the Oxygen atoms into the atmosphere producing green and dark red color light.

Some most amazing facts about Oxygen:-

We are surrounded by a normal atmospheric pressure every time which is 1 bar, to be precise. But, you know how much pressure one molecule of oxygen (O2) can maintain? Atmospheric pressure is 19 million times more than can be controlled by an oxygen molecule. The experimental technique thought to implement by NASA to artificially prepare Oxygen or Oxygen element on MARS is termed as MOXIE. The main objective of this program is to however extract the Oxygen from the atmosphere of MARS. Till now, there is only 0.174% Oxygen present in MARS only.

It comes under as one of the interesting facts about Oxygen that NITROX is a combination of Nitrogen and Oxygen, used by Scuba drivers to swim in the benthos of water. To protect themselves from fatigue and increase their diving time, NITROX is used which is 80% Oxygen.

The easiest process to make Oxygen of your own is to use a fresh leaf and put it into water. You will get fresh Oxygen. However, the costliest way to make Oxygen is by the process termed as Electrolysis of water molecule.

Warm water holds less oxygen than cold water because water molecules are closer together in cold water that makes it harder for oxygen molecules to get out.

Oxygen is the 3rd most abundant element in the universe. The element is made in stars that are around 5 times more massive than the sun. These stars burn carbon or helium together with carbon. The fusion reactions form Oxygen and other heavier elements.

The lowest levels of oxygen ever recorded in human blood were measured near the summit of Mount Everest in 2009. Climbers had arterial oxygen levels of 3.28 kilopascals on average. Compare that to the normal value of 12 to 14 kilopascals, and the mountaineering term “death zone” makes plenty of sense. PVC is the world’s third-most widely produced man-made polymer, which is made from a resin called epoxyethane. This epoxyethane is derived mainly through Oxygen. Thereby, common polyesters and pipes can be made from the same Oxygen too.

True to its existence and eternity, Oxygen serves as one of the necessary factors that have made the survival of human beings possible on earth.

Acknowledging its importance, we have presented some amazing facts about Oxygen. Do read this article and embrace the presence of Oxygen around you.